With the rise of online gambling, it’s now possible to play any lottery on the planet – no matter where you live. We at Simbalotto have played a key part in this development. You simply buy your lottery ticket online from any corner of the world and wait for the draws.

To help you get started, I’ve compiled a list of the top 10 global lottery draw results.

If you want to really win big, this is the lottery to choose
Did you know that Powerball has paid out seven of the ten largest jackpots? Yes, that’s right; that’s why it’s the most popular lottery in the world. 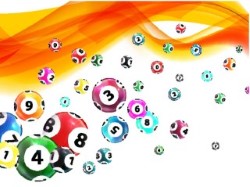 The mind-blowing $1.58 billion top lottery jackpot ever awarded is astounding. This incredible prize was won by three lucky players who purchased tickets in Tennessee, California, and Florida on January 13, 2016. All three had tickets that matched all numbers. The only winners who publicly claimed their prize were Lisa and John Munford since other winners were reluctant to reveal their identities. Each of the fortunate winners took home $327.8 million before taxes out of the $983.5 million total cash value of the prize. 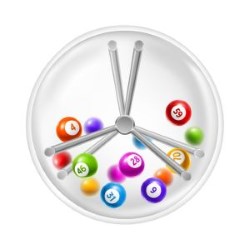 On March 30, 2012, three tickets had the correct numbers to win the highest Mega Millions jackpot in history. One ticket belonged to three friends who worked at Maryland public schools (which shows that lottery pooling is a wise strategy). The other winner’s tickets were purchased in Illinois and Kansas. A $474 million cash value was distributed equally among them.

5 ways to improve your chances of winning the lottery
How to pick the best lottery, how to select numbers, how to use math

$347.6 million in cash was split between two tickets matching the results on December 17, 2013. Steve Tran, a delivery driver in Northern Carolina, was one of the fortunate applicants, and Ira Curry, a Georgia resident, was the other. They received over $120 million after taxes. 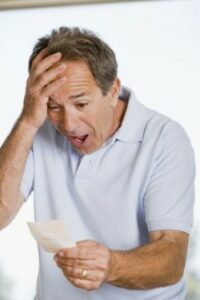 An older woman from Florida named Gloria MacKenzie won the fourth-largest lottery jackpot in history in May 2013. She set herself apart by taking home the biggest lottery jackpot ever without having to split it. Even after paying her taxes, she still received more than $278 million.

Two winning tickets, one owned by Cindy and Mark Hill from Missouri and the other by Matthew Good from Arizona, shared the enormous Powerball prize from November 28, 2012, which was split between them.

There were three fortunate winners of the enormous Powerball prize isbursed on February 11, 2015. The winners were from Texas and Puerto Rico, and one of them was a woman from North Carolina named Marie Holmes.

A Mega Millions ticket winning $536 million was purchased a few weeks earlier, on July 8, 2016,  in Cambridge City, Indiana. The lucky recipients, a married couple with children, formed a corporation to receive the award. Additionally, they chose to maintain their anonymity. They received a payout of $271 million after taxes.

On July 30, 2016, a family from New Hampshire took home another enormous jackpot. Their single ticket was the only exact match to the winning numbers. And guess what; they sent their attorney to collect the reward! After paying federal taxes, they received $253.3 million after choosing the cash option, valued at $341.7 million.

On August 7, 2013, three winning tickets combined to take home this prize. One of the tickets belonged to Mario Scarinci of South Brunswick, another to Minnesota-based engineer Paul White, and the third belonged to 16 Ocean County vehicle maintenance workers, who were shocked to find out they had the winning ticket. A $258.2 million cash value was divided equally among them all.

A $435 million Powerball ticket was purchased in Lafayette, Indiana, on February 22, 2017. The happy winner chose to maintain their anonymity, and the estimated cash worth of their award was $263.4 million.

Seeing all the lottery results for other lotteries from the entire planet, all in one place gives you a number of options.

Of course, you can check if your ticket has won, but that is not all – here are some more things you can do:

Suffice it to say; that these results and tricks should inspire any lottery fan to keep an eye on the international lottery jackpots and their results, and so should you. Or you could just purchase your own ticket today!