The Powerball lottery is one of the most popular lotteries in the world, with millions of people playing Powerball each week. You could become a millionaire overnight if you’re lucky enough to win! But how is the Powerball draw conducted? 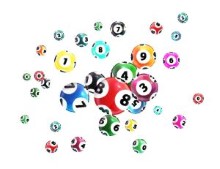 The Powerball draw takes place every Monday, Wednesday, and Saturday at 10:59 p.m. Eastern Time. Results will be posted here shortly after the draw has concluded. If you’re playing the game, you’ll want to make sure you have your ticket ready, so you can check the results as soon as they’re announced. You can find the latest Powerball results on the Simbalotto website.

It’s easy to check the Powerball results here on Simbalotto. Just visit the website, log in and check your Powerball tickets in your account. It’ll instantly let you know if you’ve won a prize. You will also get an email notification to get the latest results delivered to your inbox – if you have a ticket for that lottery.

What Are The Odds Of Winning Powerball Draw?

If you’re like most people, you’ve probably dreamed of winning the lottery. And with games like Powerball, it seems like anyone can become a millionaire overnight. But what are the odds of actually winning Powerball? It turns out that the odds are pretty slim. The chance of winning the Powerball jackpot is 1 in 292 million.

However, that doesn’t mean that you can’t win big. Same as with Mega Millions, the other big US lottery, you can win many other prizes, and the odds of winning any prize are 1 in 24.9. So, while you might not become an overnight millionaire, it’s still worth buying a ticket (or two, or three…)

Largest lottery in the world - with massive jackpots
... now you are wondering about whether you can buy tickets online for this lottery. Well, you are in the right place.

How Is The Powerball Draw Conducted? 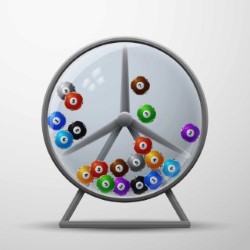 The balls are drawn one at a time, and the order in which they are drawn is completely random. After all the balls have been drawn, the winning numbers are announced, and the prize money is distributed to the lucky winners. The jackpot rolls over to the next draw if there are no winners. That’s all there is to it!

What Are The Biggest Powerball Draw Results?

The mind-blowing $1.58 billion top lottery jackpot ever awarded is astounding. This incredible prize was won by three lucky players who purchased tickets in Tennessee, California, and Florida on the draw of January 13, 2016. The only winners who publicly claimed their prize were Lisa and John Munford since other winners were reluctant to reveal their identities. Each of the fortunate winners took home $327.8 million before taxes out of the $983.5 million total cash value of the prize.

Manuel Franco(24) was the lucky winner of $768.4 million, the 2nd  largest jackpot in Powerball history, after he bought just one ticket for the draw on March 27th, 2019. He chose to take the lump sum cash option, which amounted to around $477 million before taxes!

Mavis Wanczyk from Chicopee, Massachusetts, was the only winner of this incredible draw. At 53 years old, she became the sole lucky winner of an estimated $758.7 million jackpot ($480.5 million cash), the 3rd -largest Powerball jackpot and largest single payout ever!

A group by the name he Powerpack won the $731 million prize, making them Maryland’s greatest winners. Four months following the draw, they declared their intention to take the $546 million cash option. It was discovered that the only ticket they had bought for the draw was from a convenience store in  Lonaconing. Before the win was finally certified, the player who checked the ticket said to the other members of the group, “This can’t be right; I’m going to work.” But as luck would have it, the $546 million reward was enough to quit his job immediately after!

After four months of seeing no winner, a single Californian ticket buyer won a record-breaking $699 million prize. The day it was ultimately won after 40 consecutive rollovers, it was the first jackpot prize on a Monday draw. This rollover streak was the longest in Powerball history. Additionally, it was California’s largest jackpot ever to be won. After over two months, Scott Godfrey came to claim his win for the October 4, 2021 draw. He decided to choose the cash option of $495 million.

This was a truly massive draw, with not one but two winners sharing an equal prize of $343 million each! The winning tickets were sold in Iowa and New York.

This time, the winning tickets were sold at different places, one at a 7-Eleven in Sacramento, California, and the other in Wisconsin. Tammy and Cliff Webster, from Oneida were the Wisconsin winners of the January 5, 2022 draw. They took the cash option and received $225 million. Orlando Zavala Lozano, from California, also decided to take the cash option – he only presented his winning ticket four months after the results were published.