The EuroMillions is one of the biggest lotteries in the world, with huge jackpots up for grabs. And over the years, there have been some massive EuroMillions draws resulting in enormous wins, with some extremely lucky winners taking home life-changing amounts of money.

When Will The EuroMillions Draw Results Be Published? 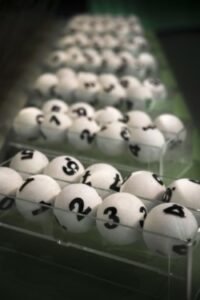 EuroMillions, same as Eurojackpot, is a lottery game that is played in multiple countries worldwide. The game is drawn twice a week, on Tuesday and Friday evenings, at around 8.45 pm CET.

This lottery has one feature that you have to know
Eurojackpot is a transnational lottery game launched in 2012. It is available to play in […]

Matching just two main numbers will give you a prize, but the more numbers you match, the bigger the prize will be. So, even if you don’t win the jackpot, the result is you would still walk away with a decent cash prize.

Did you know; that all prizes, including the jackpot, are paid in one lump sum and are tax-free (except Switzerland, Spain, and Portugal since 2013)? Yes, that is right, no annuity choices; it’s all yours – immediately! This shows that EuroMillions differs from most of the world’s lottery games.

Evaluating your odds of winning the lottery
How to pick the best lottery, how to select numbers, how to use math

In addition, EuroMillions has a Booster Fund, which allows for the injection of money into the jackpot, up to €50 million, thus ensuring that the jackpot remains high.

So whether you’re in Europe, the US, Africa, Asia, or anywhere else, you can participate in this big European lottery. And who knows, maybe you’ll be the next big winner!